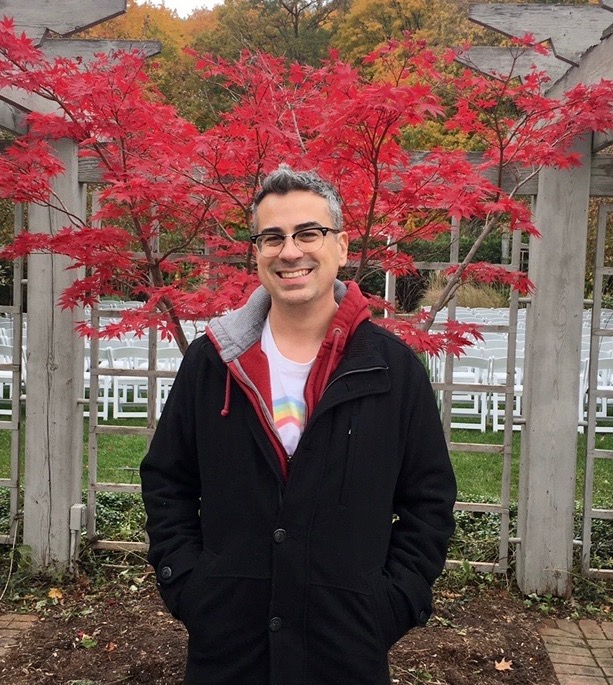 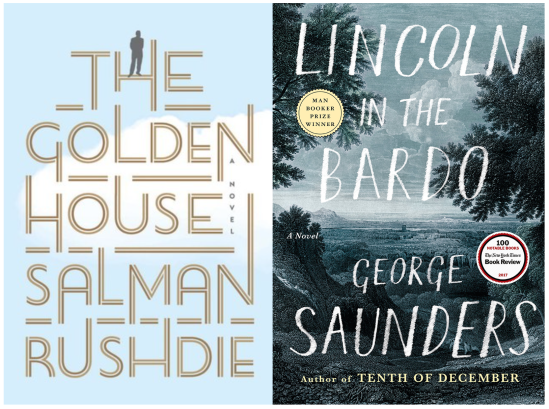 I read the first several miniature chapters of George Saunder’s Lincoln In The Bardo with some misgivings. I knew and loved Saunders from Tenth of December and was accustomed to his style, but the overbearing nature of epistolary literature has always rubbed me the wrong way. And this was a whole novel of that? Very hard to grab onto, yet the reviews glowed and gushed. So I pushed on.

I’m so glad I did. It was impossible not to fall immediately in love with the many dead souls that narrated this story. Saunders has a talent for allowing a simple set of circumstances to flower and unfold gently over a long period of time to an unexpected effect. It feels rich and satisfying when next to nothing has happens, not really; you could sum up the entire plot in a short paragraph. Those dead souls bring their entire past lives to the table in order to describe what’s happening around them, and it’s as strange as it is charming. (I keep seeing the word experimental associated with this book, which feels only slightly inaccurate.)

Saunders can’t resist suffusing his worlds with the surreal, something he’s completely free to do here given the characters’ inhuman condition. The undead sprout extra body parts, grow tall and shrink back to normal size, float face-down with their heads pointing in one direction or another like human compasses, greedily stockpile twigs and rocks, and none of it feels artificial at all. The prose is terse and dry and old-fashioned (of course) but his imagination spirals out in a thousand colorful directions, and it’s refreshing and magical as a fistful of fairy dust.

I love the idea of planet-sized literary license, when a writer takes a premise that’s impossible in as many ways as you can imagine, and doesn’t care in the least. Ghosts walk through walls but don’t fall through the ground. The afterlife manifests as multiple copies of beloved relatives, inspiring terror in every soul they approach. Is it a Christian heaven that awaits them? A Muslim one? Or maybe Nirvana? Saunders doesn’t say, and it doesn’t matter. The reader gleefully shoves aside such cares and focuses only on the desperate humanity of the larger circumstances. And in the end Lincoln In The Bardo is about the darkest shades of the human experience: how a gentle soul confronts the impossible savagery of its physical manifestation, its injuries, diseases, and malformed psyches. But the darkness has a lightness to it; Saunders’s gentle touch leaves the reader feeling giddy and optimistic, one hell of a feat for a book about dead people contemplating slavery, the civil war, their own mortality, and the afterlife.

Trump is everywhere. Headlines, news flashes, Sunday morning round tables. Lately I’ve been trying to get the damn man out of my head. Literature comes in handy except now he’s in the book I’m reading. The Golden House is The Truman Show but with Trump, or some psychedelic interpretation of him. Somehow it’s still also a hell of a good read, and the shadow of our 45th president is only a minor distraction.

I’ve never read Rushdie, and was delighted to learn he is one of the very few writers I’ve found who’s voice I truly enjoy. Honestly, give me good prose and I could care less about the actual story. Happily The Golden House delivers both with room to spare, and I tore through it like a freshly delivered pizza.

The story is easy to follow, if a bit confused by the protagonist’s insistence that his eye is a smart camera’s eye, auto-focusing and readjusting to capture not just the reality of the situation but some cinematic dream of it, some imagined unreal copy that’s pulled over the reader’s head like a drug. This is real, or maybe it’s not, and wouldn’t it be cooler this other thing were real instead, or maybe what’s real is what lies between. We’re never quite sure where any of this lands, which I suppose is the point, but it does distract. René is a self-confessed movie freak, at one point openly admitting that he’s making up the story he’s telling us for a future film project, but the details he offer are far too fine-grained to be just in his imagination. He’s like Community’s Abed, constantly overlapping realities to explain away the difficulties and inconveniences of messy life. But at one point I found myself wondering if he ever had any actual interactions with the Golden family, making the spiraling drama into which he gets sucked feel more or less like a cheap trick.

I read somewhere that novelists should shy away from cultural references. It dates the story and confuses future readers who have no idea who a certain B-list celebrity is anymore. (Try getting all the jokes in an episode of The Golden Girls.) The Golden House lives gleefully in the zeitgeist, almost to a fault. Songs, actors, books, TV shows, movies, music videos. They swim by like confused fish, not really sure what they bring to the table. I get that he’s setting the scene, pulling the reader face-first into the year 2010 or whatever, but I would have been overwhelmed with even half of the references.

The topic of identity politics gets a sharp jab of the pen, even if he does circle back to make a mealy-mouthed attempt at sympathy. Men are men and women are women, no matter what we do to minds or bodies, according to Rushdie. Or maybe he’s admitting he feels this way in order to change his own mind, which the characters certainly do. It’s confusing and outrageous, but maybe it should be. Rushdie is exorcising ghosts here, or trying to conjure up antidotes, or both, or maybe neither. It’s almost as if he wrote this book because his therapist advised him to, in order to find some sanity in a world where Donald Trump is president and state legislatures are going out of their way to demonize the gender-fluid. I’m not sure it helped, for he seems just as jaded and tortured at the end as he does at the beginning. But it’s a joy to watch him try.